Many countries around the world witness a sharp increase in egg consumption over the Easter period. This seasonal jump has an immediate impact on the planning of egg production, when flocks are introduced and culled, and it also affects international trade.

The connection between Easter and eggs dates to Medieval Europe. As a spring festival, Easter celebrates the rebirth of nature. At the same time, the Resurrection represents the rebirth of life. In many traditions, the round-shaped egg is a symbol of the cyclical nature of life. So, for example, in the Jewish tradition eggs are traditionally eaten to celebrate both new life and mourning.

It seems, however, that the symbolism of eggs for Easter is based on an entirely practical reason that generated the tradition. Easter comes at the end of the one-month Lent period. In older times, and even today in some parts of world today, Lent was taken very seriously and no eggs were eaten for the whole month. 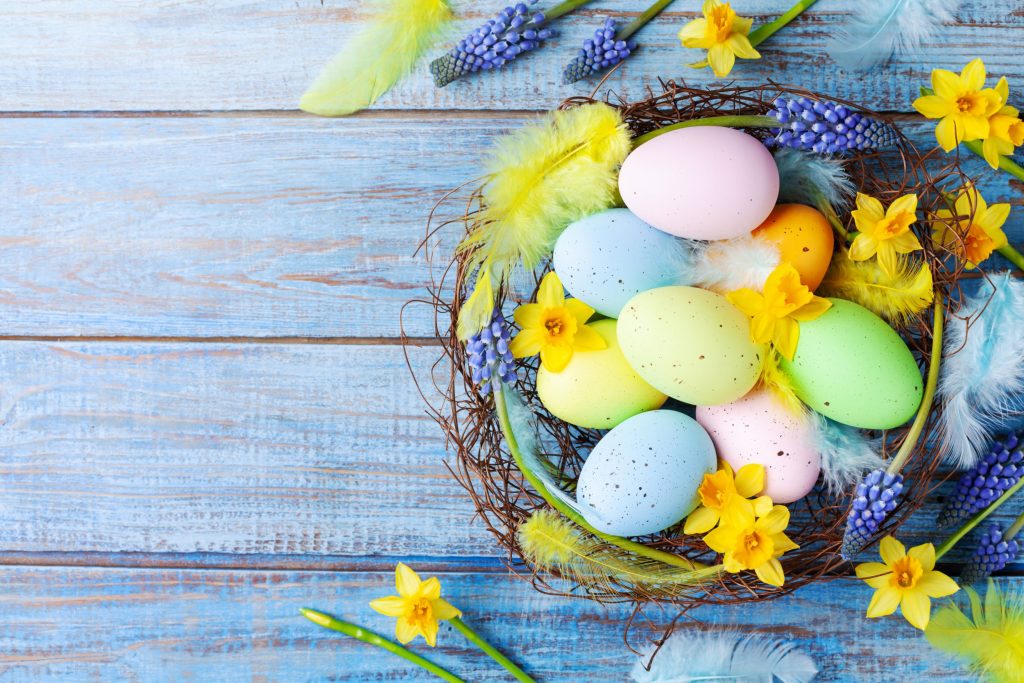 As hens lay eggs daily, regardless of religious holidays, this would cause a large stock of perishable eggs to build up. Immediately before Lent is pancake Tuesday – the last day when eggs could be eaten – so they were used to make pancakes and finish any existing stocks.

By Easter, farmers would have been stuck with an entire month’s supply of eggs. As food was scarce, nobody wanted to waste so much valuable food and many were hardboiled for preservation.

As soon as Easter came, marking Lent’s end, the eggs were eaten, thus connecting the feast to the food. Moreover, traditions grew up calling for presenting the eggs to the Church and to feudal lords. It is recorded that on Good Friday residents of medieval England brought eggs to both their lords and to the Church.

These eggs were dyed red, either because this is a joyous colour or because it symbolises the blood of Jesus on the cross. The ultimate egg-shaped Easter gifts must have been the fabulous jewelled creations of Carl Fabergé made during the 19th century for the Russian czar and czarina, now treasured museum pieces.

In the 18th and 19th centuries, the tradition developed further and eggs were given to children as gifts, rather than to the Church or local authorities. Thus, the decorations became more elaborate and children were invited to participate in decorating the eggs.

By the 20th century, Easter became a public holiday and various activities and traditions, which had been marginal before, entered popular culture. Among others these included the Easter Bunny delivering eggs and egg roll races.

In Ethiopia, Lent (as are many other fasts) is kept strictly, and the diet is vegan. The traditional Ethiopian Easter meal is a doro wat chicken stew (spiced chicken) served with eggs.

In the 20th century, children regarded it as less of a treat to receive an egg, painted or not, so people started covering the eggs in chocolate. But soon enough, the chocolate remained and the eggs disappeared. Most western children these days think of an Easter Egg as a chocolate egg. In fact, if you google “Easter Egg” virtually all the references are to chocolate eggs.

Despite the growing popularity of chocolate eggs, they fail to replace the growing appetite for eggs at Easter; CNN estimated that in 2016 in the US alone, some 180 million were purchased for dyeing and decorating, representing the fact that this long-lasting tradition is still alive and kicking.

The writer is a poultry consultant for Agrotop. He has 30 years hands-on experience in poultry farming. He has an economics degree from Leeds University and an MBA from Heriot Watt University – Scotland.