After two and half years of forced abstention from participating in international livestock exhibitions, since we took part in VIV Asia in Bangkok in March 2019, the Agrotop’s marketing team was finally able to participate at VIV MEA 2021, which took place November 23–25, 2021 in Abu Dhabi.

The show, in the United Arab Emirates (UAE), was the first major international poultry and livestock exhibition since the outbreak of the COVID-19 pandemic and we, at Agrotop, did not know what to expect.

On the one hand, some thought that the pent-up demand for face-to-face marketing interaction would lead to a high attendance while others feared that  travelling worries and the high number of PCR test required would deter attendees.

In fact, both were probably right. Although there were relatively few visitors,  those who made the effort to show up, were serious decision makers. Agrotop’s team used the opportunity to hold in depth discussions with potential partners, who showed great interest in Agrotop’s full range of vertical integration solutions for the poultry industry. 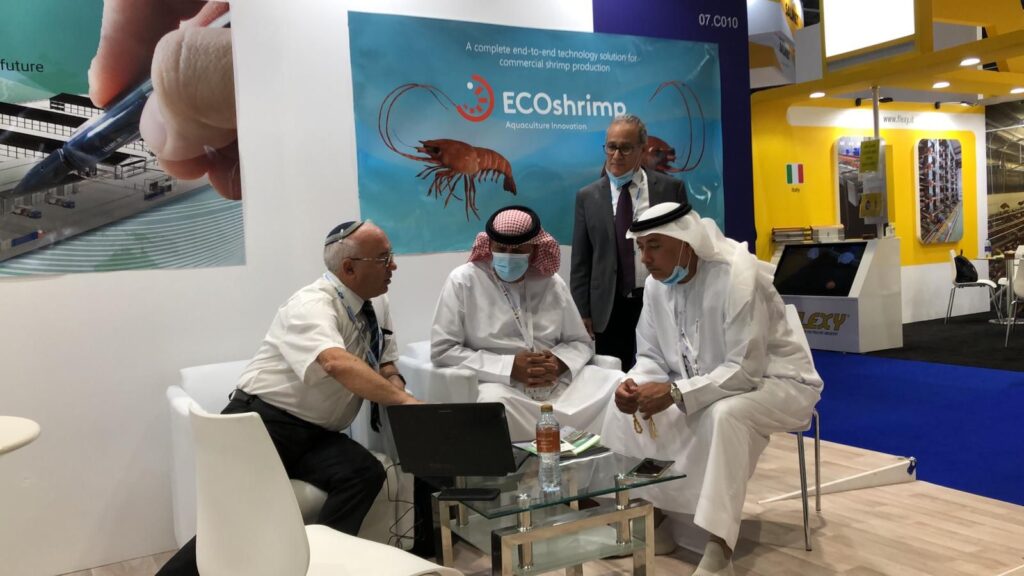 For Agrotop, an International company based in Israel, this exhibition was opening a new frontier. It is just over a year since the “Abraham Accords” between Israel,  the UAE and Bahrain and later Sudan and Morocco allow Israelis to travel and operate freely in much of the Middle East.

Agrotop has many solutions for agricultural issues that are common to the peoples and countries of the Middle East including solutions for extreme heat and arid conditions. We were greatly encouraged by the friendliness and positive expectations for closer cooperation.

The Exhibition was also a valuable  place to meet our valued customers, some we are currently building projects for and some still at the drawing board stage.